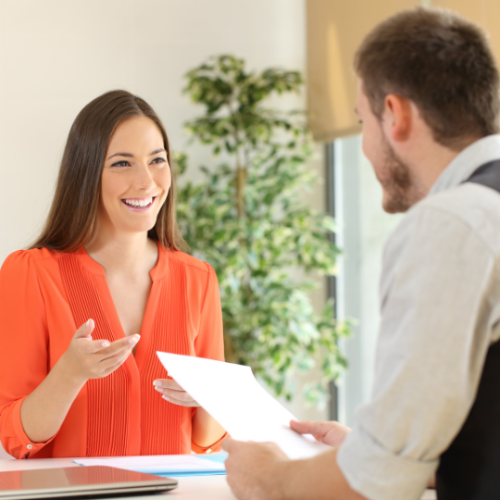 With no clear career direction, Ashley was fortunate that she had family support that would allow her to try on different jobs and travel internationally after graduating college. Multiyear assignments in customer service best supported this lifestyle, ultimately leading to supervisory positions. When Ashley was ready for more than an evenings-and-weekends-free lifestyle, she began to focus on selecting a career path that would sustain her interest and reward her greater commitment.

Ashley began this quest by deeply questioning both her friends and any new acquaintances about their jobs, what the work entailed, why they liked it, and their prospects. She even shadowed a few accommodating friends to better understand the day-to-day rhythm of their jobs. A long talk with a first cousin at an out-of-state family reunion convinced her that a career in marketing would tap into both her creative skills and her love of meeting new people and experiencing new places. This profession was also not too far a pivot from her established employment record in customer service; it would be career path adjustment rather than a new trajectory.

Out of the 60 positions for which Ashley requested and filled out applications, the only calls and emails she received back were from other customer service companies looking for restaurant managers and retail managers, which was the type of work Ashley was hoping to escape. Enlisting the aid of staffing agencies mostly provided similar results, with the added impolite experience of being ghosted after the first phone interview with the recruiter or after an initial interview with the hiring company.

Happily, Ashley’s experience was very different from her Abel Personnel recruiter. By the time she connected with Abel, Ashley was ready to consider leaving her current position for another customer service position with a larger company that offered long-term career growth prospects. Indeed, it was Abel’s posting of a customer service position that had sparked Ashley’s call to them. During the interview, it immediately became clear that Abel Personnel had represented themselves and the job description honestly, which was exciting for Ashley. The recruiter first unpacked Ashley’s unusual employment journey since completing college. Then the discussion turned to Ashley’s hopes-and-dreams for the future, in what position she would like to see herself excelling in five and ten years. Ashley shared with the recruiter that her job aspirations were to work eventually in the marketing field.

When the recruiter called back a few days later, Ashley was elated to hear that the company with the customer service position was now more interested in having her start as an administrator in their marketing department. The company was growing fast and needed multiple new hires. It was foolhardy to bring Ashley onboard at a position (and salary) below her skill level with the chance of another company snatching her away by offering her true market value. The recruiter shared with Ashley that such position upgrades during the interview process rarely occur, and Ashley was delighted that for once the job opportunity was better than the posting! The hiring a few weeks later fulfilled all parties’ assessment that Ashley was truly ready to advance her career in her chosen field.