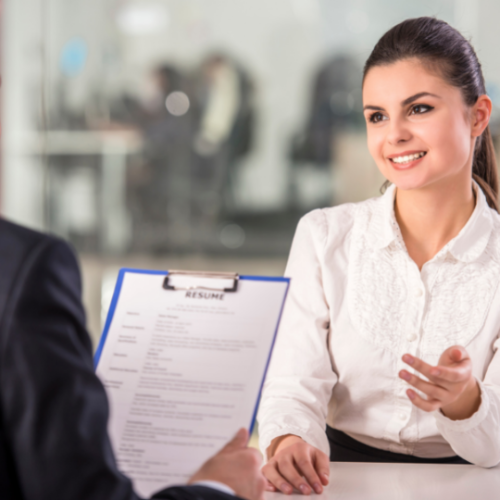 Hannah had done almost everything right for a successful transition from college to the workforce. Months before earning her business degree, she began applying for entry-level positions in HR. This effort provided two surprises about the “real world:”

This ghosting took two forms: either there was no response at all, or more infuriatingly, an enthusiastic outreach by the company was followed by total silence, with no acknowledgment of her follow-up emails or phone calls.

Now fully graduated, Hannah needed income to cover her expenses. An offer from a regional retail store solved that concern. After several months of seeking a job in the profession for which she studied, Hannah needed a break from this exhausting and demoralizing process.

Three months later, she was ready to start applying again. Her new strategy had two thrusts:

While the response at this time was more heartening, and phone interviews led to in-person interviews, the ghosting continued. Hannah often would not receive a response after the interview (or multiple interviews)―not even a “thank you for your time and interest…”

Occasionally, the prospective employer would fail to show up for the interview, without a later apology or explanation. Yes, there were a few employers who sent explicit rejections after interviews, but that was rare.

Hannah’s luck was about to change! Four months into this second push for an office position, a response to an online posting for an administrative assistant was discovered to be hosted by a staffing company, Abel Personnel. This time her experience was very different: the response to her resume was immediate, initial and second interviews were arranged, and within a month Hannah was hired directly as an administrative assistant―within human resources! A little more than a year after she started looking in earnest, Hannah obtained that entry-level job, and she is loving it.

Reflecting on her experience, Hannah does fault the college’s career guidance center for not fully explaining how a staffing firm such as Abel Personnel can be an asset on a job search. She also notes that these centers do not prepare students for the ghosting and rudeness experienced in many job searches. Her fellow recent college graduates enter the job market thinking that applicants that secure positions through a staffing agency must pay the placement fees (the new hire never does, it’s the responsibility of the hiring firm). Somehow temp-to-hire positions are seen as an undesirable path to finding career-advancing employment; for many firms, this is the preferred hiring approach, usually with full benefits contingent upon the candidate holding a long-term temporary position with the company.

Hannah also speculated that perhaps because staffing firms specialize in recruiting, and are seeking to build long-term relationships with applicants over their careers, they have a vested interest in being amazingly responsive to the applicants. On the other hand, company HR staff have a myriad of other HR responsibilities, perhaps leading to the unintended habit of ghosting applicants they decide not to pursue. Hannah is committed to keeping that in mind as she grows in her career in human resources.