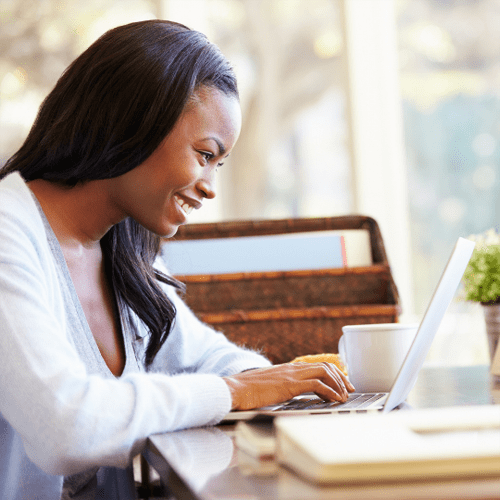 Among the many inquiries that Ruth received on a posting for an administrative assistant was the resume with an upbeat cover letter from an applicant named Nina. Nina interviewed well with Ruth, although her score on the typing assessment was subpar. Keyboarding skills were among the requirements for the position, but it had been unclear to Ruth how much typing was involved in the job. All of Nina’s positive attributes and work history could not overcome this deficiency. She was heartbroken that she wasn’t invited for an interview for what she anticipated as a “dream job”.

There was some good news. The company was sufficiently impressed with her credentials to ask if Nina would be willing to be considered for a position in the mailroom, almost as good an entry point to work for this well-respected company. “When one door closes, another opens,” Nina responded to Ruth’s presentation of this alternative opportunity. But only a few days later, the company pulled that job order, with regrets that they could not find a place to bring Nina on board.

Nina was undeterred. Requiring just a few minutes to move past this latest disappointment, she started strategizing with her advocate, Ruth, on what other opportunities Abel Personnel had for which Nina might qualify. For a few weeks, if Nina had not heard from Ruth after several days, Nina would check-in. That continued until Nina switched the question from “what opportunities do you have for me?” to “what can I do to be considered for the positions I want?”

Ruth was thrilled to pivot to providing the career counseling that Nina was seeking. Truly, the only deficiency in Nina’s resume was her typing skills. Ruth suggested a highly acclaimed online typing course, and Nina committed to pursuing this instruction.

For several weeks the periodic check-ins from Nina ceased. Ruth continued to receive job orders for positions for which Nina would qualify if only she had the typing skills. Ruth was concerned that perhaps Nina had decided not to enhance her skills. Ruth, a great judge of character, wasn’t ready to give up on Nina. When Nina finally was in touch again, Ruth was more pleased than surprised. “I’m ready for my typing test, “ Nina announced.

Indeed, Nina’s scores had reached a tier that Ruth could better advocate for this talent. When Ruth asked what Nina had done to raise her score, Nina recounted her experience with the typing course along with the evenings of practice. “And, I cut my gorgeous, long nails,” Nina confessed with an insightful laugh.

Ruth was also not surprised when she had three requests for interviews to present to Nina within a week. With Nina’s permission, Ruth had shared Nina’s story with the hiring managers as indicative of the level of Nina’s perseverance. Job offers quickly followed, and Nina became employed in a position that had exceeded her expectations. As is her practice, Ruth checked in with Nina about a month after her new job started. Nina was just as enthusiastic as the day Ruth announced, “You got the job!” As they concluded their phone conversation, Nina reported, with that same knowing laugh, “And I’ve kept up with my typing practice, and according to those online typing tests, I now rank at 91%!”