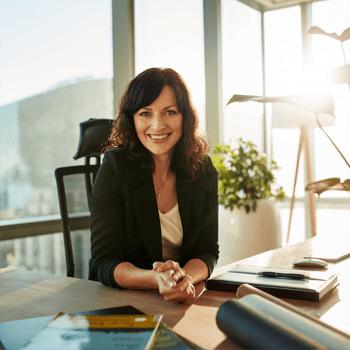 BRENDA’S STORY: DOING WHAT WE EACH DO BEST

Home / blog / BRENDA’S STORY: DOING WHAT WE EACH DO BEST

Brenda had been conditionally promoted from her position as Compensation & Benefits Supervisor to Human Resources Manager for her 180-person IT company. After introducing herself to the Abel recruiter, Brenda explained that her success in having the position become finalized would rely heavily on how well she managed the recruiting side of human resources. Her predecessor, who had been hired away by a much larger corporation, had come up through the staffing side, making it doubly hard for her to convince the directors she could fill those shoes. A friend had recommended Abel Personnel as a referral.

“Well, we specialize in making Human Resource Managers look good,” the recruiter responded. Abel’s expertise in IT recruiting helped assure that boast. The recruiter then detailed how the recruitment process worked, how fees were calculated, and what warrantees were available. Brenda asked good questions but did not seem convinced by the recruiter’s answers. As the recruiter started asking Brenda about her company, it became clearer why Brenda was so hesitant: her company had never used a recruiting and staffing firm. Brenda could probably receive permission to use Abel as part of her firm’s commitment to innovation, but if this new approach did not work, it could well mean the loss of the promotion.

The recruiter was familiar with the situation. Rather than offer promises and platitudes, the recruiter shared a recent study by Career Builders who had surveyed hiring managers on their top 3 reasons for engaging a staffing firm:

“I would have thought that speed to hire would have been a factor,” Brenda suggested.

“There are so many uncontrollable factors that affect time from job posting to offer acceptance,” the Abel recruiter explained. “Not the least of which is how long the hiring company needs to make a decision!”

“I bet you drive that process,” Branda replied, laughing in recalling a job offer earlier in her career that arrived 6 weeks after her second interview… and two weeks since she had started a new job.

Using a more serious tone, the recruiter continued, “Recruiting is what we do, and we do it well. We handle more openings in three weeks than our largest clients handle in three years. We know the labor market. We know what candidates are seeking, which will vary depending on their generation. We’re the specialist when finding the right person will have the greatest impact on the achievements of your company for years to come. Not to mention your opportunity to directly affect the success of your company and confirm they made the right choice in offering you this chance!”

Brenda was convinced and obtained the concurrence of her director on releasing Abel to seek candidates for a position that her predecessor had been unable to fill in three months of trying. Within three days, the recruiter had the resumes of several well-qualified applicants. As Branda’s company narrowed in on a preferred candidate, the recruiter was able to guide Brenda on how to structure the interview and a facility tour that would both help her company better understand the applicant’s skills and experience, and the applicant to better appreciate the company’s culture and opportunities. The offer package was customized to respond to all the hopes and concerns of the applicant, even though, as the applicant later confided, it was not the highest salary offered. Acceptance occurred within 24 hours!

Brenda took the Abel recruiter out to lunch when the HR Manager promotion was confirmed. After that, Brenda and some of her senior management routinely referred to Abel as “our staffing department.” The recruiter had later opportunities to buy lunch for Brenda as their business relationship grew and as the IT company’s success built on its existing and new staff required still more personnel.