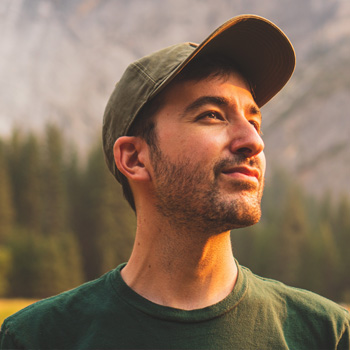 After a very brief phone call with Daniel, the Abel Personnel recruiter was surprised and pleased to receive his resume a short time later via email. The well-constructed accounting of his background was much more detailed than Daniel’s short answers to the recruiter’s prompts over the phone. His presentation of himself as a computer operator was reinforced by a variety of training courses plus nearly 10 years of experience. What stood out most for the recruiter, was that Daniel was a US Navy veteran!

His honorable discharge last year spoke volumes about his drive and character. Aside from that, the recruiter and the entire Abel Personnel team have a strong motivation to help all applicants that served in our country’s armed services. Happily, the company with the opening, for which Daniel was a great fit, also actively sought veterans to employ. This interest was due in part to the position requiring clearances that ex-military most easily met. Daniel was intrigued by the position and thought the company was a good place where he could grow; the company also saw Daniel as a potential long-term team member.

The background paperwork needed to be provided by Daniel had an additional complication. Much of his personal materials (birth certificate, discharge papers, training completion documentation, etc.) was at his parents’ home. As they spoke almost daily, the recruiter began to better understand Daniel’s situation. A falling out between Daniel and his parents occurred several months after Daniel’s military separation when he quit a non-IT civil service job that his parents had recommended him for. This dispute about whether Daniel had acted irresponsibly and disrespectfully had mushroomed to the point that Daniel was locked out of the family home, where he had stored most of those personal items. At the time that Daniel had contacted the Abel recruiter, he was living in his car and showering at a friend’s house, having insufficient income from which to pay rent.

Undeterred, the Abel recruiter worked with Daniel to determine what to say about this job opportunity to his parents and documents to show that might move them to realize that this was the job and career opportunity that would best serve their son. There would be enough income for Daniel to help his family, too. While family counseling was not in the recruiter’s job description, she was committed to doing whatever it took to meet the needs of both the client company and the applicant.

The results exceeded everyone’s expectations. Daniel’s parents first agreed to give him access to the personal documents he needed and later allowed him to live at home until his first paycheck arrived and he could rent an apartment. Both the company and Daniel were thrilled about how well Daniel’s skills met the position requirements and how well his character aligned with the company’s culture.

Checking back with Daniel two months after the hire, Daniel reported, “Couldn’t ask for more. You made everything easy and went above and beyond.”