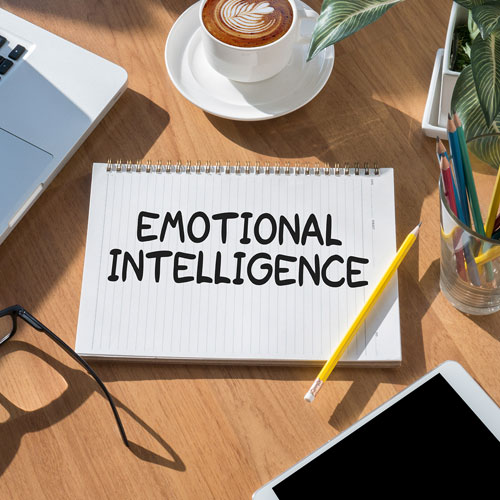 EMOTIONAL INTELLIGENCE IN THE VIRTUAL WORKPLACE

A reach out last month from Samantha was a jolting reminder that I had not connected with her since the pandemic began. “Sam” was one of my first applicants when I became a staff recruiter at Abel Personnel, both of us about five years since college graduation. I’ve placed her three times over the years (I understand that a predecessor of mine placed Sam’s mother a few times, too). Residing in the same city and being in a similar demographic, I frequently run into Sam at business networking events or favorite dining establishments. This connection has grown as Sam is in touch with me when she senses that she must move on to another company to advance her career, or needs career advice even though she’s very satisfied with her current employer. The phone call this time was more the latter. Her question, “I think I’m flunking my emotional intelligence exam; what can I do to bring up my score?”

As described by Indeed, “Emotional intelligence is the ability to understand and manage emotions effectively. Emotional intelligence in the workplace can provide significant benefits and further develop your career, in addition to creating better relationships and promoting a positive work environment. The five components of emotional intelligence at work are self-awareness, self-regulation, motivation, empathy, and social skills.” In the past several years, hiring managers have more often asked me about a candidate’s “EQ” (emotional quotient) before agreeing to have me schedule an interview. This more likely happens for supervisory positions, but sometimes on customer service openings. The ability to control one’s emotions as well as empathize with others is certainly key in both those jobs.

As I started extracting more information through some targeted questions, the picture emerged: Sam’s talent for reading body language and picking up voice tone and nonverbal clues made her an effective colleague within her company and a responsive resource to its customers. Those skills dissipated once most of her interactions were over the phone or on Zoom. At the same time, Sam was feeling more anxious about all the work and home issues emerging from the pandemic. She caught herself being a little too caustic in some of her interactions and shooting off some emails that she later regretted. Sam’s apologies afterward were met with understanding, but Sam was frustrated by her behavior. “This is not who I am,” she insisted.

As we discussed how to leverage the hybrid workplace to enhance emotional intelligence, Sam and I identified the following tactics that might increase her “score:”

Functioning as a career counselor is a facet of being an Abel Personnel recruiter that we each especially enjoy. This “free” service benefits both the applicant seeking career guidance and our client companies when a valued employee who is about to resign can be offered an outsider’s perspective and tools to renew their commitment to a great job and employer.