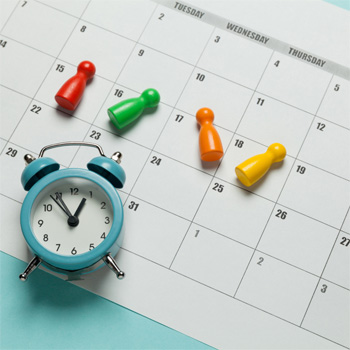 IS THE FOUR-DAY WORKWEEK THE NEXT WORKPLACE TREND?

Home / blog / IS THE FOUR-DAY WORKWEEK THE NEXT WORKPLACE TREND?

In reviewing position requirements for an administrative manager opening with the Abel Personnel recruiter, Meredith unexpectedly hesitated when asked, “Assuming this is a five day a week position?”

Her response finally came, “Funny you should ask that.”

Meredith then explained that her 100+ person company was reconsidering its entire workplace structure as a lessons-learned deep dive from the pandemic experience. “Part of this study is an attempt to retain workers and attract applicants, either as a labor marketplace advantage or to match what some of our competitors for talent are offering.”

The recruiter confirmed that this question was not as arbitrary as it might have sounded, and certainly not one she would have been sure to ask two years ago. She shared the following survey data from Qualtrics with Meredith:

Meredith was impressed. She wanted to know if the survey identified any downsides cited by the workers. The recruiter cited that close to half of respondents said the schedule would hurt sales and revenue, and 55% said it would frustrate customers.

“I worry that the relatively fast pivots in the workplace we made for COVID may have set unreasonable expectations. A lot of those changes were for special health circumstances, which of course were required longer than almost anyone imagined, and many of these are now being rescinded. Others were truly eye-openers in making our workplaces better. I think a hybrid workplace will have been easier to accomplish. Going to a four-day workweek without ‘frustrating our customers’ will require careful consideration, be complicated to implement, have unintended consequences, and not something we can try and then revert back,” Meredith offered.

The recruiter, who annually meets with hundreds of applicants trying to align their family requirements with prospective job needs, added, “We’ve found that innovations such as hybrid workplaces and flexible hours work for some positions but not others, such as customer-facing positions. Similarly, these innovations work for some employees and not others. Tech workers are the most enthusiastic about working four days. We saw similar results on work-from-home surveys. The segment that will be affected most negatively by the four-day workweek, we understand, is those with young and school-age children”

“I can see that,” Meredith affirmed. “Longer days at daycare. Arranging before school and more after-school care for children. It’s hard enough arranging daycare around a five-day, eight-hour-a-day workweek.”

“Some of the internal logistics are daunting, too, even for positions where five-day accessibility for clients is not a concern,” the recruiter shared. “How do you schedule intracompany or inter-company meetings if everyone has a different weekday off?”

As this conversation progressed, the resolution appeared to be that there should be a reconsideration of the hours and on-site needs of each position, rather than a companywide introduction of popular innovations. Accommodating the needs of employee segments that are of a minority interest (such as parents of children, caregivers of elderly parents) should be considered rather than employing an approach that most workers want. The majority does not rule. Otherwise, employers will miss out on hiring some great employees who cannot accept a four-day workweek.

Meredith concluded, “Just as our customers now understand that we are more than willing to customize our products and services for them, our employees need to understand that we feel the same willingness to meet their needs while we meet the needs of our customers and our company. It’s not a compromise where everyone feels they have to give something up for some greater good or harmony.”

As for the days and hours for the administrative position that sparked this dialogue, Meredith and the recruiter agreed to note, “Open.”