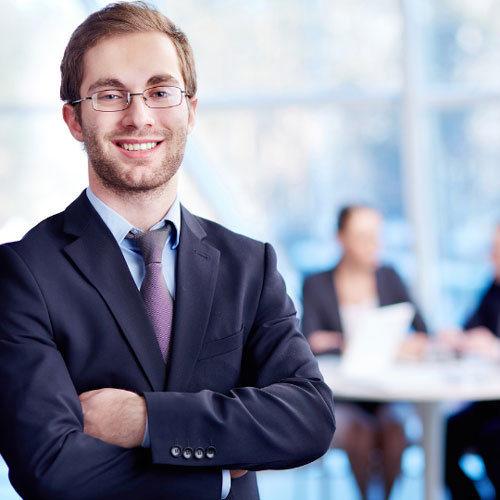 Over the years that I’ve worked with our company’s recruiter at Abel Personnel, there were a handful of times that she reminded me, “Some people have unexciting resumés and are great potential employees; others have amazing resumés without the performance to back it up.” Perhaps a version of “don’t judge a book by its cover,” My recruiter repeated this principle as I was reacting to the set of resumés she had emailed over to me earlier that day. We were looking for a management trainee with about 10 years of solid experience, and as usual, my recruiter had several qualified candidates for me to consider within a few hours of my call to her.

The resume I was about to reject was for an applicant named Kirk. He had only made it partway through college, followed by a few years of unskilled positions. Currently, he had over ten years of career progress that offered him some supervisory responsibility, and he had done well based on the performance evaluations that appended Kirk’s resume. However, between the unskilled positions and his current continuous experience, there was a nearly two-year gap. My recruiter was not surprised that I had quickly picked up on this chasm. We both knew that if Kirk had returned to school or had pursued a volunteer alternative such as missionary work over that time, the resume would have mentioned it. My recruiter discreetly said that Kirk had “gone off the rails,” but he had been stellar ever since. I knew that Abel Personnel had a policy of meeting all candidates face-to-face (or over Zoom these days) to really get to know them, and I also trusted my recruiter to be honest with me. Still, having to sell someone with an unspecified employment history gap to my management for this type of position would require my extra effort, and that may not be critical given the other attractive resumés I was now considering. Together, my recruiter and I picked what appeared to be the top three matches for interviews, setting aside Kirk’s resume.

Going into the interview process, my recruiter indicated that none of the candidates we scheduled to meet with me were perfect fits. As with most candidates in this type of process, each had shortcomings plus an unusual attribute or two that I had not listed as qualifications that might be a bonus in the position, which, of course, was why my recruiter had passed along those resumés originally. About an hour after the third interview was completed, Angie called me promptly as I had come to expect, seeking my feedback and direction on the next steps. She quickly picked up on the fact that none of the interviewees was a slam-dunk for me, but as we discussed each applicant in detail, we agreed that at least two of them would likely work out with some coaching or classes to address current shortcomings. Then there was a long pause in our conversation when it was my recruiter’s turn to speak next.

“I’m hesitant to bring up Kirk again to you, but I think you’ll find that he’s a better match than any of the three candidates you’ve just interviewed. Based on my strongest recommendation, do us both a favor and give him an hour of your time,” she proposed in that voice I’ve heard her use when we need to discuss an employee termination.

To lighten the mood, I asked jokingly whether Kirk might be her brother-in-law. My recruiter’s tone was still serious in her assurance that he was not a relative. I agreed to meet Kirk in two days, after which I had to move ahead with one of the candidates I had just interviewed.
I do not always put prospective new hires through a second interview; sometimes their credentials, references, and my gut feelings are enough for me to move forward with a hiring negotiation. In Kirk’s case, he was subjected to three interviews with me, plus one with a colleague of mine who I trust completely on matters of sizing up potential employees. Through the ten-day process, Kirk stayed positive, willing to answer any question about his resumé or hypothetical situations, while displaying a sense of humor that relaxed us both. I knew better than to ask about the gap period; I had Angie’s assurances that whatever it was would not be found in a criminal background check. When I made the offer through Angie, Kirk accepted without asking for any clarifications, caveats, or even the request for a slightly higher salary than I’ve been seeing from many applicants in this hot labor market.

Typically, I am always leery as I drive into work on a new employee’s first day. Depending on the level of the position, my odds have been as low as 50% of someone who has accepted a job offer coming on board that first day. Too often they agree to a counteroffer by the firm they were about to leave, or from someone who received their resume about the same time I did and makes the applicant a better offer after the applicant has accepted mine. I was pretty sure as I parked my car that this would not happen with Kirk, who I then found was already sitting patiently in our lobby ten minutes before our official work starting time.

I can almost guess, to the day, when my recruiter will call me a few weeks after a hire she had placed with my starts, looking to hear how the onboarding process had proceeded thus far. I had nothing but accolades about Kirk, from his work ethic to some of the skills and software familiarity that I hadn’t known about (or perhaps remembered) from his resume and the interviews. My recruiter reported that Kirk was thrilled too. I’ve always understood that my recruiter stays in touch with her placements, from wishing them good luck the day before they start, to checking in with them weekly for the first few months to be sure everything is going well and offering to intervene to clear up any misunderstandings typical of the first few weeks of two people working together who’ve previously only known each other for a few hours in an interview situation.

Six months have since passed and Kirk has progressed better than most of the management interns we have hired. My colleague who had done the favor interview compliments me regularly on Kirk’s performance and the wisdom of that hire. My management, very aware of the risk we were taking, still praises my initiative. What they perhaps do not understand and praise is that I realized that when Angie took her risk to give me her strongest recommendation against my reluctance, I was smart enough to agree. My recruiter calls our business relationship a “partnership,” which I think best states the trust that has grown between us.