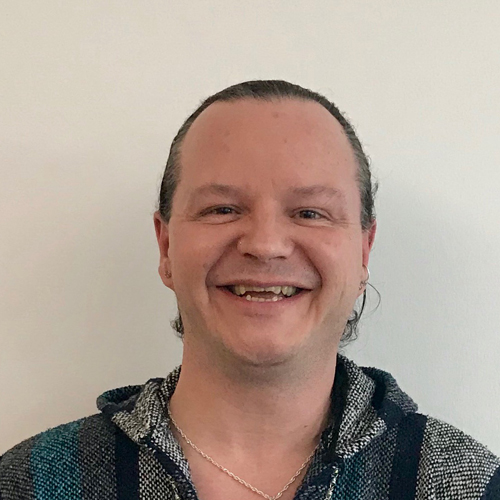 My Abel Story By David Gratta

I was born and raised in a small town in Connecticut. My entire family lives there. They have always lived there. However, there came a point in my life when I realized that I didn’t want to always live there too. That’s when I decided to set out on a journey to find a new life of my own. I quit my job, locked my room at my parent’s house, and set off with a friend to embark upon my quest.

I travelled up and down the east coast and even drove across country to California, stopping along the way at fairs and festivals to sell enough of my handmade crafts to make it to my next destination. However, as thrilling an adventure as that was, I still had the ultimate goal of finding a new place to call home. It took multiple moves and roughly two and a half years, but, as it turned out, that home became Harrisburg, Pennsylvania.

Along the way, I met the person who would become my spouse and together we bought a house, got a cat, and went into business for ourselves. I was determined to be an independent, self-sustaining person who was able to leave that small town in Connecticut behind.

Then . . . life happened, as it so often does. The business failed, I had to file for bankruptcy, we almost lost the house, and I landed in the hospital fighting for my very life.

After I was released from the hospital, I tried to get back on my feet again but it was harder than I had expected. Even though my health was on the mend, my resources were running low. There were times when I had to choose between food and heat – and food didn’t always win. I was literally down to my last $200 before I was officially broke. I thought I would have to return to that small town in Connecticut with my tail between my legs to rebuild my life.

That’s when someone I had met along the way suggested to me that I go to Abel Personnel to have them find work for me. I was apprehensive at first. I had never been to a temporary agency before and I wasn’t sure what to expect. I had heard horror stories of how temporary agencies use people to make money for themselves without concern for the employee’s well-being. However, I figured that the worst that could possibly happen was that I would take an assignment or two to help me get back on my feet, find a permanent job on my own, and eventually not need Abel any more. Besides, at that point in my life I had nothing to lose.

As it turned out, going to Abel was one of the best decisions I had made in a long time. When I walked in I was met with smiling, pleasant faces and a welcoming atmosphere. My nervousness must have been obvious because I was told several times to “relax.” I could tell that they were accustomed to working with people like me who were down on their luck and in need of assistance. As down on my luck as I was, I left the Abel office feeling hopeful and a couple weeks later I was on my first assignment.

That was 11 years ago. My first assignment was long-term and lasted for 7 years. When I was ready for a change, I was put on my second long-term assignment which is now at 4 years and counting. During that whole time, Abel Personnel and all of its staff have offered me the consistent level of support, understanding, and encouragement that I have needed to keep going. Abel has proven to me that those horror stories I heard were wrong.

Now, after a considerable uphill climb, we still have the house; my spouse, the cat and I all have full bellies; and I have managed to forge the life that I had hoped I would find when I left that small town in Connecticut – all thanks to Abel Personnel.