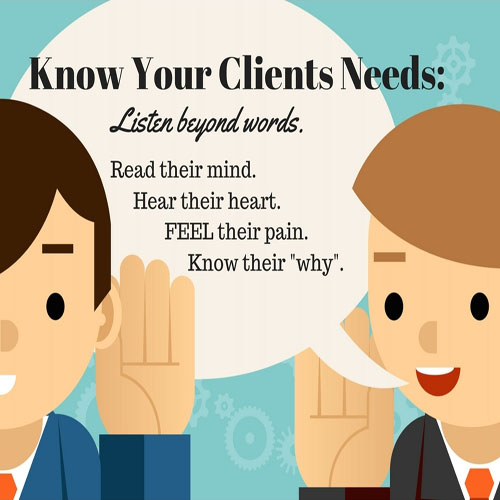 The recruiter receiving the call on Friday afternoon was immediately pleased that there was a potential new client on the line. This response quickly reached elation when she asked, “How did you hear about Abel Personnel?” and was told that this professional associations’ human resources manager, Beverly, had checked with a few of her colleagues in related businesses and “the Abel name kept coming up.”

After confirming Beverly’s availability to make this an extended phone call, what followed was an in-depth conversation for the recruiter to learn and understand Beverly’s association, their work environment, and their compensation and benefits program. Early in their conversation, Beverly advised the recruiter that detailed requirements for the position would be provided to the recruiter by Claire, the hiring manager. When the phone call between the recruiter Beverly was about to conclude, Beverly remarked that she was amazed by the time the recruiter had invested in learning about the association, before even addressing the specific staffing need.

Beverly had informed the recruiter that Claire was fairly new to her management role, was hard-charging, and had accepted some strong initiatives for 2022. “And she knows what she needs to get the job done,” was how Beverly described Claire. When the recruiter had the scheduled video call with Claire on Monday morning, the accuracy of Beverly’s description was confirmed. Claire was focused on a very niche candidate with specific experience. After reviewing in detail the required skills and those experience preferences, the recruiter inquired about some of the day-to-day activities of the role and the initial projects the new hire might likely be assigned. Through that conversation they were also able to identify the necessary soft skills that the candidate would need to exhibit:

Claire expressed some concern about whether the recruiter would be able to find someone in this tight labor market with both the hard and soft skills needed. The recruiter offered a confident smile in response to this worry, her mind already narrowing down a list of strong candidates from the database search she had completed over the weekend.

Over the next few days, the recruiter was in touch with most of those candidates, plus others that had contacted Abel. The recruiter’s now considerable knowledge of the association as well as the hiring manager allowed her to assist each candidate to visualize themselves working at the site, what their typical day would be like, and what exciting projects they would be assigned to undertake. Some who were initially reluctant to consider a nonprofit entity became reassured by the recruiter’s ability to address their misconceptions. By the end of that week, the recruiter found two candidates that matched nearly every need that Claire had identified. Each also had some skills or experiences that the recruiter predicted Claire would find a welcome plus. Indeed, Claire found both candidates exceeded her expectations and was faced with having to make a choice. Through discussions with the recruiter, Claire identified an ideal candidate who wwould most increase her department’s capacity and potential.

Several weeks later, the recruiter followed up with Beverly, the HR manager. Beverly first noted how pleased she was with how the recruiter had kept in touch with both Claire and the new hire during the first four weeks on the job. She then reported that the selected candidate was doing very well, with contributions and project movement already starting to be felt by the organization. Beverly’s conclusion, “A perfect match!”