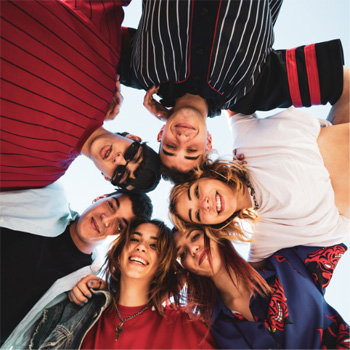 The first time a current or potential client agrees to meet for a meal is often memorable.

The person has planned to transition from interacting on a transactional to a personal level. The meeting is the start of growing a business relationship. The first such meal following over two years of teleconferences has gained similar significance. That was the observation that Pamela offered to the recruiter from Abel Personnel as they sat down at an umbrella-covered patio table, their occasional lunches having been cut short in March 2020.

“Yes, there have been a lot of workplace changes since then,” the recruiter responded. “I’m glad meeting a business associate in person for lunch has not gone out of fashion.”
After catching up on their personal lives and summer vacation plans, the conversation turned back to the workplace changes starting to gel as the pandemic became a factor to accommodate rather than a showstopper. Pamela was anxious to hear what the recruiter had seen in the business practices of her other staffing clients, including some of her competitors.

“For many of my companies, the 3-2 rule seems to be becoming the norm as a compromise between staff and management,” the recruiter reported. “Depending on the company, that’s either 3 days remote and 2 in the office, or 2 days remote and 3 in the office. Management wants everyone back full-time like it was pre-pandemic; many staff would like to stay completely remote. True, workers now have more autonomy than they had before the pandemic. Also, some jobs require 40 hours on site. But most are feeling dissatisfied.”

In some ways, Pamela was pleased to hear this, but she suppressed her smile. She had led the effort at her company to allow more jobs to continue to be from home (or anywhere). That meant being on-site for specific meetings and training, but not always for those who lived more than 50 miles from the company. Those who argued that people were more efficient working from the office and that being on-site created and maintained company culture never could produce data to support those beliefs. The difficulty was supporting staff that wanted to work from home but did not have the equipment or a workspace conducive to giving them the privacy and quiet they needed to focus and perform their responsibilities.

“My bigger concern now,” Pamela began, pivoting the conversation, “is what can I do to attract and retain GenZ staff? I am seeing a big shortfall coming in frontline management that I need to hire and start training, especially to be ready once the last of the Boomers retire.”

“Ah, the 16-26-year-old group,” the recruiter affirmed. “Not surprisingly, the pandemic and its uncertainties had the biggest effect on what they think about work life. We once looked at resumes for at least two years at each company as a sign of stability. Not with this generation! They’re natural “gig workers” who are content to move every several months with occasional gaps waiting for the next right position.”

“I see that,” Pamela responded. “That reminds me of how supervisors, before the pandemic work-from-home, thought they were doing their job making sure each subordinate arrived at work on time, took breaks no longer than was allowed, and did not leave at the end workday until the agreed time. Suddenly, the supervisors had to focus on actual performance rather than punctuality when their staff was all working from home! I guess we now have to assess GenZers by what they accomplished over their job history rather than how long they put up with each unrewarding job situation.”

The recruiter then offered some study statistics:

As the conversation proceeded, each woman shared their experiences with ambition manifested by Gen Z. Contrary to a common perception that these workers were lazy and lacked drive, the lunchmates agreed that this cohort strove for advancement in a way that is contrary to longstanding norms. They were willing to put the time in to achieve the needed results to advance but pushed back when that time was 8 hours a day, 5 days a week, especially in an office.

“What comes up for me,” the recruiter shared, “is that they become adept at work-life integration, which is what they had to do in school and work the last few years. When working from home, it can be hard to ignore everything occurring around you. You may need to take more breaks than for the chit-chat that happens in an office. This generation has learned to make up lost day work time in the evenings and weekends. Everyone had greater autonomy when they were working from home. Hard to break that flexible approach and return to whatever regimen companies now require, no matter what perks exist at the worksite. And company culture is rarely related to buildings.”

Pamela was surprised at this. She was not as enlightened in her human resource management as she had thought. Suddenly, Pamela could imagine how her company could tailor all jobs to resolve the needs and necessary tools to perform well in the position, making it a win-win. Personalizing each job position was likely not as challenging as she feared; delivering an individual performance review may be more time-consuming and stressful than negotiating a job schedule and locations.

With these insights and the need to be back to their offices (at a worksite or home), they turned their attention to some upcoming job openings that Pamela needed to fill. They changed some job descriptions to note that days and hours were flexible to meet worker and company needs.

“That kind of adaptability will make these positions of greater interest to more than just GenZers,” the Abel recruiter observed. “You may have some early retirees applying to return to the workforce, too.”

“That would be great!” Pamela agreed. They set another lunch date, still at a venue that offered outside seating, and departed.