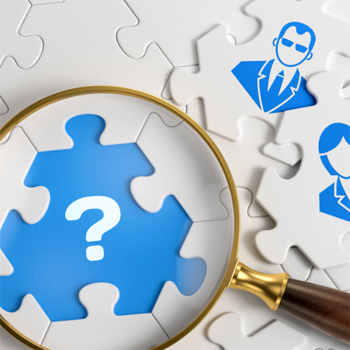 Elyse was 12 years into her IT career when she received a promotion to her first supervisory position. This professional journey led her through the doors of several firms as she advanced. Sometimes she was promoted within a company, and other times Elyse left a company for a better position elsewhere. Once, she got laid off after the company she had worked for was sold. That company moved its IT positions to its headquarters in Milwaukee. Elyse’s promotion to software applications supervisor would be her first opportunity to get involved on the hiring side of staffing. Her company had a two-decade relationship with Abel Personnel, so when there was an opening in her department, Elyse was immediately in touch with the Abel recruiter.

The recruiter had provided Elyse with five highly qualified resumes. After two rounds of interviews, Elyse and the company’s HR manager authorized the Abel recruiter to make an offer to a candidate. The offer was instantly accepted… and then it was not! The recruiter immediately scheduled a teleconference to explain what happened and identify the next steps.

“This rarely happens to me,” the recruiter started. “I usually can sense from my experience whether a candidate is truly committed to a job. I’ve even asked certain applicants to consider the offer for 24 hours before deciding, rather than have them accept one day and then cancel the next day. From my contacts in the industry, I hear this kind of flip-flop is happening more and more, especially in IT.”

“Given the high demand for IT Staffing, I guess this is always a risk,“ Elyse responded. “Our candidate probably got a better offer right after accepting ours. Probably just as well to find out about the low-level commitment now rather than six months after hiring.”

“I’ve seen that a lot,” the Abel recruiter explained. “Their resume is still out there even after they accepted a job and gave notice. Sometimes rather than rescinding their acceptance, they may try to renegotiate the compensation package they’ve already accepted! They love your job but now also want the salary similar to the less advanced or conveniently located job offers.”

“So, how do you keep that from happening?” Elyse wanted to know.

“Oh, I am in touch with my candidates from the day they accept the job to 60 days after their start date. That way, I can sense if they are wavering or recruited by another company and nip it in the bud before they make a decision that will ruin their credibility with my client.”

Elyse was impressed. She had not realized that offer-and-acceptance wasn’t always straightforward, and she was grateful to have a professional on hand to verify the deal stayed sealed. After they determined to now make an offer to Elyse’s second choice candidate, Elyse’s mood shifted as she shared an experience earlier in her career:

“I was at my first post-college job for almost two years when I saw there would be little chance for advancement. I began responding to job postings online, had a few interviews, received a great offer, accepted it, gave notice, and thought about how I might use the salary increase to upgrade the furniture in my first just-me apartment. A week later, I received an apologetic call from the hiring company’s HR manager, informing me there was now a hiring freeze. They had already hired someone to replace me, and I wondered how I would pay the bills as I was not eligible for unemployment compensation because I quit. I checked around and found I held no real recourse against the firm that flip-flopped on me. I also found that this company had a history of regular hiring freezes and layoffs.”

The Abel recruiter nodded at this. “We have thoroughly looked into potential client companies as much as we do our applicants. I know plenty of companies whose history of rescinding offers makes us leery of working with them. We have a duty to our applicants to do our due diligence that the company is a good fit for them and their careers, not just the other way around. I never want to see an applicant end up unemployed or so miserable they want to jump to another company within six months. The company, the applicant, and my firm all lose that way. By the way, we expect more of these flip-flop offers now that the economy looks to be taking a downturn.”

This time it was Elyse who was nodding. “I never looked at this process from those perspectives. Now I understand better why my company works with a recruiting firm like Abel Personnel.”