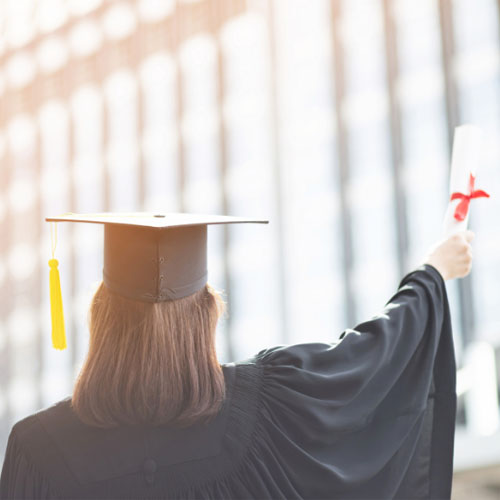 THE BEST OF TIMES FOR COLLEGE GRADS

Home / blog / THE BEST OF TIMES FOR COLLEGE GRADS

The staffing recruiter watched as her audience entered the lecture hall and found seats. She was assured by the college placement director that she would have a full house, as attendance was mandatory. The recruiter was reminded a bit about her own college experience, as she watched each student enter and guessed which students would immediately take a seat up front, while others slowly moved to seats in the back rows, closest to the exit.

“For those of you who are seniors, you are so lucky to be graduating in 2022,” she began, hoping to quickly grab their attention away from their cell phones. “While you may not have had the on-campus, in-person college experience you expected when you first matriculated, I have not seen a better time to be entering the job market in my twelve years as a recruiter!”

Her first slide identified the following data for US Mid -Atlantic States:

She had their attention now. She explained the data points in the context of the size of the sample survey and the survey date before the recent increases in inflation and the war in Ukraine.

“Now comes the part when you participate in this discussion,” she advised her audience.

“What do you think are the key factors for all these companies in hiring decisions?”

Predictably, students in the first three rows raised their hands first, but there was a respectable number of raised arms throughout the hall. The easy answers came first:

“What about GPA?” One student asked.

“That’s an important one. The studies show that about 46% of employers still use that as a benchmark to screen a pile of applications. What’s the typical GPA cutoff number? A 3.0. While “C’s may get degrees,” that won’t assure you the best paying job.” This statistic brought immediate groans from sections of the audience, possibly those in the back rows, but the recruiter couldn’t be sure.

A few more relevant factors were offered by her audience until someone hit upon the one she wanted to emphasize the most.

“Internships! In my experience, when an employer needs to decide between recent grad candidates, they almost always select those with internship experience. Some of you have lined up internships, and that’s great news. For others, it’s not too late, even if you are about to graduate. Your career center has part-time internships available for the spring semester. It’s also more common than you might imagine to accept an unpaid or nominally paid internship over the summer after graduation, to position yourself for a better job in the fall to start your career.”

The recruiter next pivoted to identifying the skills most sought from recent grads when reviewing their resumes:

“I know the program you are undertaking here, so you have those all nailed, right?” she quipped.

The recruiter concluded her lecture by noting that her company, Abel Personnel, specialized in placing upcoming and recent college graduates. She would be delighted to schedule interviews with those who were looking for an advocate in their job search or perhaps seeking some advice as they planned the remainder of their college stay to improve their post-graduate career opportunities.

Once the presentation was over, there was a rush of students up to the podium. Again, mostly from the front rows, but also a number from further up the seating tiers, left to wait toward the end of the line. Everyone wanted her business card, some promising to email her their resume that afternoon, while others already had their calendar apps open in hope of securing an interview appointment with the recruiter or one of her colleagues.