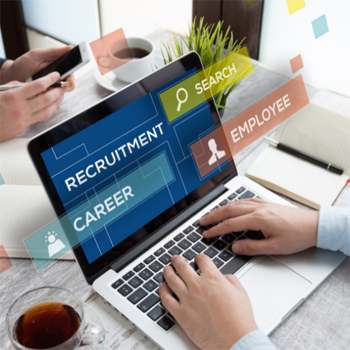 BEYOND FILLING SEATS WITH WARM BODIES

The unusual nature of this request warranted a snap meeting among the recruiters at Abel Personnel. The recruiter who had received the job order for a multitude of customer service representatives (CSRs), a veteran of over 12 years at Abel, presented the opportunity that was both promising and tricky:

As the recruiters discussed these openings, a consensus developed that a special type of applicant was needed, someone who thrived on being helpful and did not need the rush of solving a problem or making a sale. The number of candidates needed was hardly unusual; Abel had successfully handled this quantity many times, sometimes with harder requirements. With a game plan in place, the recruiters started working their applicant databases to find the candidates who had shown just the right attitude in their online interviews with the Abel recruiters. The lead recruiter in this effort, meanwhile, presented the client with a number of questions and suggestions that her team had identified that would expedite the hiring process.

Within a few days, a stream of well-screened candidates’ resumes began flowing to this client. The client agreed that nearly all were a good fit for the position, and most received offers that were accepted. Start dates were assigned so that training could be done in cohorts with no more than 10 new CSRs starting any week.

Abel’s involvement, however, was hardly finished. There were several activities that still needed to be addressed:

Once the new hires completed their training and started learning on the job, Abel still had one more task: Make sure that each person achieved proficiency and dependability to move from temp to hire. This entailed staying in regular contact with each new employee, resourcing them to work out concerns about company expectations or any kinks in their commute or working those hours.

Soon after the positions had all been filled, the lead Abel recruiter was delighted to receive a thank you email from her client extolling Abel’s performance with the acclimation, “Love your integrity!” The email continued with admitting that there was a concern that there might have been a temptation to simply fill those seats with warm bodies as quickly as possible and hope for the best. Clearly, the Abel recruiters had taken their time in finding the right candidates to fit the position, and then to assure that they all arrived as scheduled and on time the first day, and ultimately became direct hires. The client’s email described this as an “extra special effort.” When the recruiter shared the email with her colleagues, one replied back, “Nothing special here. That’s just SOP (Standard Operating Procedure) at Abel Personnel.”