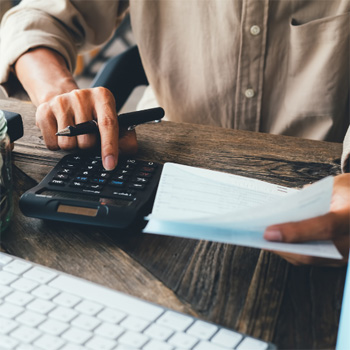 Vera and Paul were both on the videoconference with the Abel Personnel recruiter.

An initial meeting with two candidates was most unusual. They both appeared to be much younger than the early 60s which could be calculated from the year of their same college graduation date on their resumes. Perhaps a bit of hair coloring belied the age of this likely college (or earlier) sweethearts. As their story unfolded, their nervousness subsided:

Vera had been an office manager/bookkeeper for the last 20 years for an architectural firm and Paul was a CPA with the local office of a national accounting firm. Unsurprisingly, they had a detailed financial plan that calculated how much of a cash nest egg and other assets they would need to have in place in order to retire, a plan they updated quarterly. The onset of the Coronavirus offered them an opportunity and an impetus for retiring five years earlier than the plan had calculated:

As their story recounted, the recruiter became reminded of similar applicants in 2008/2009:

They had investigated becoming drivers for one of the food delivery companies. Their calculations indicated that those rising gas prices were significantly reducing the income opportunities from this otherwise highly flexible source for additional income. This was a couple that could do that analysis!

These were not the first people the Abel recruiter had met recently that were rethinking the unexpected early retirement opportunity of the last two years. The recruiter explained to the couple recent experience that suggested now was an especially opportune time for both these applicants and the employers looking to hire them:

Both Vera’s and Paul’s shoulders visibly relaxed as the recruiter completed the analysis for them. They did not need to return to traditional workplaces or commit to 40-hour weeks. The Abel recruiter then started providing thumbnail sketches of current openings for their reactions. Within an hour after the introductory call was completed, several hiring managers had been contacted and the recruiter was preparing to call the couple to finalize some interview times over the next few days.